Ciara Barker graduated from Limerick School of Art and Design in 2017 with a first class honours in Printmaking and Contemporary Practice.
She is a member of Limerick Printmakers,Cork Printmakers and a founding member and secretary of Spacecraft Studios, Limerick.

Ciara Barker’s practice spans drawing, printmaking, photography, video, sound and installation. She was the recipient of the Cork Printmakers’ Emerging Artist Bursary Award 2017 and her work ‘White Light’ was selected to be shown on Culture Night 2017 at ‘Plinth III’.

Barker has exhibited in several group shows and she also took part in the ‘European Outdoor Arts Academy: Limerick School of Spectacle’ 2017. Her work deals with the perception of the self and focuses on the relationship between the physical and the intangible.
She works with materials that interact with light, engaging perception. The colours used in her work are the primary colours (red, green and blue) and secondary colours (cyan, magenta and yellow) of white light. Some of these colours are also used in a subtractive printmaking technique, involving separating and layering an image in four colours. 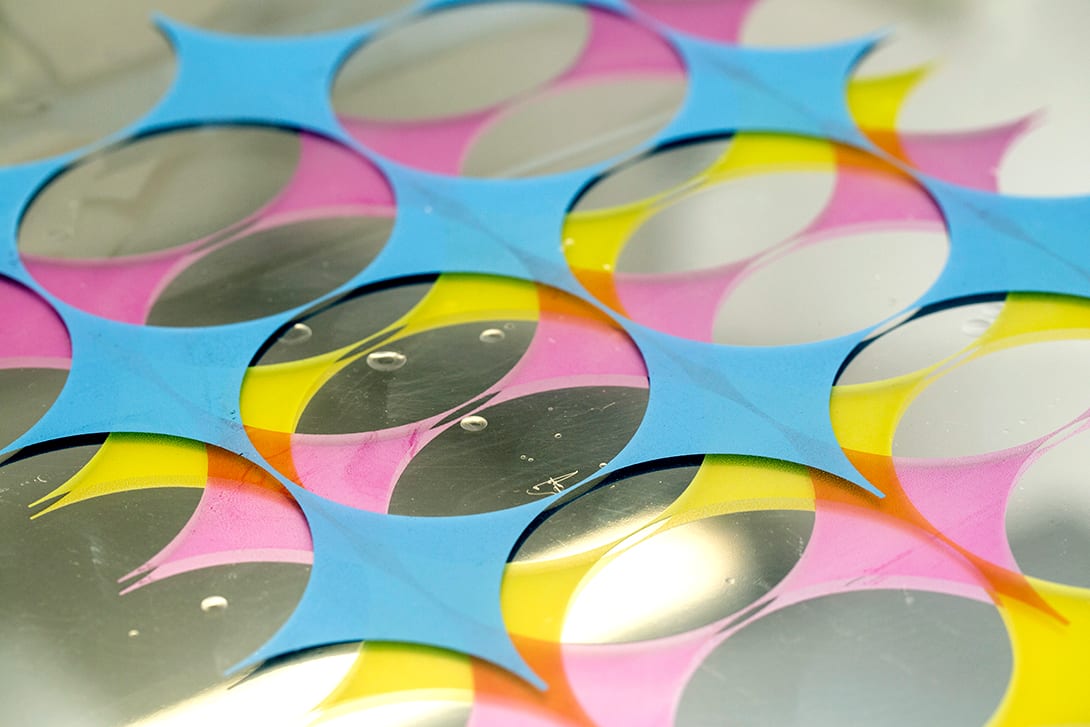 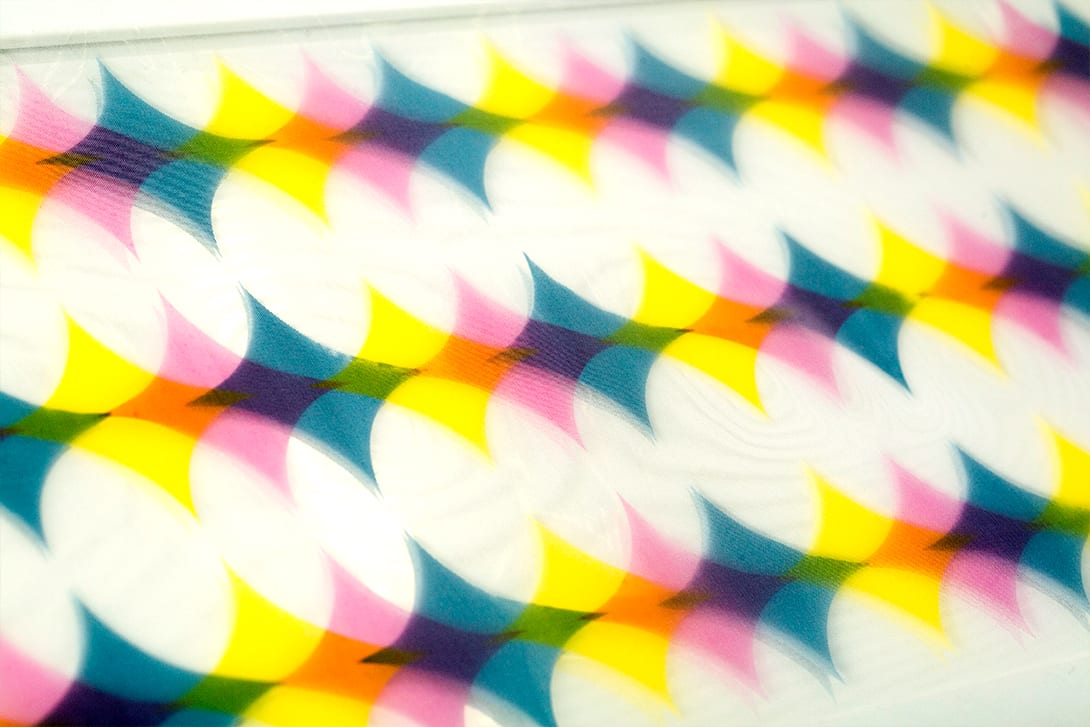 The patterns used in Barker’s work come from a stroboscopic flicker device called a ‘Dream Machine’ which is viewed with the eyes closed. One pattern is found on the object itself and the other appeared behind closed eyes as Barker watched one of these devices.

Barker has an interest in the way in which mirrors show us the physical world. They flip our visual field and offer us an image of a figure like us which inhabits a realm like ours. We identify with the figure in the mirror, but this figure lacks the familiarity of the self that is experienced internally. This creates a realisation that we exist in an intersubjective space and that we are neither the invisible self, that we feel internally, or the visible self, perceived by others.The body is a vessel for perception, and may allow us access to the invisible through awareness. Meditation guides and breathing exercises such as Ian Whittlesea’s ‘Becoming Invisible,’hold great influence upon the work.

Barker’s practice is heavily informed by Maurice Merleau-Ponty’s ideas regarding perception and the self. Focusing on the idea that we often feel we are at the centre of existence, forgetting that we also have an outer self, perceived by others. When we begin to see ourselves through another person’s objective picture, we come to experience our existence as a body within the world. Merleau-Ponty states that perception is an action and that the movement of a body is necessary in order for it to perceive. This highlights to the artist, the importance of the physical engagement of the viewer. Barker therefore aims to create works which offer many viewpoints and which change with the movement of the viewer. 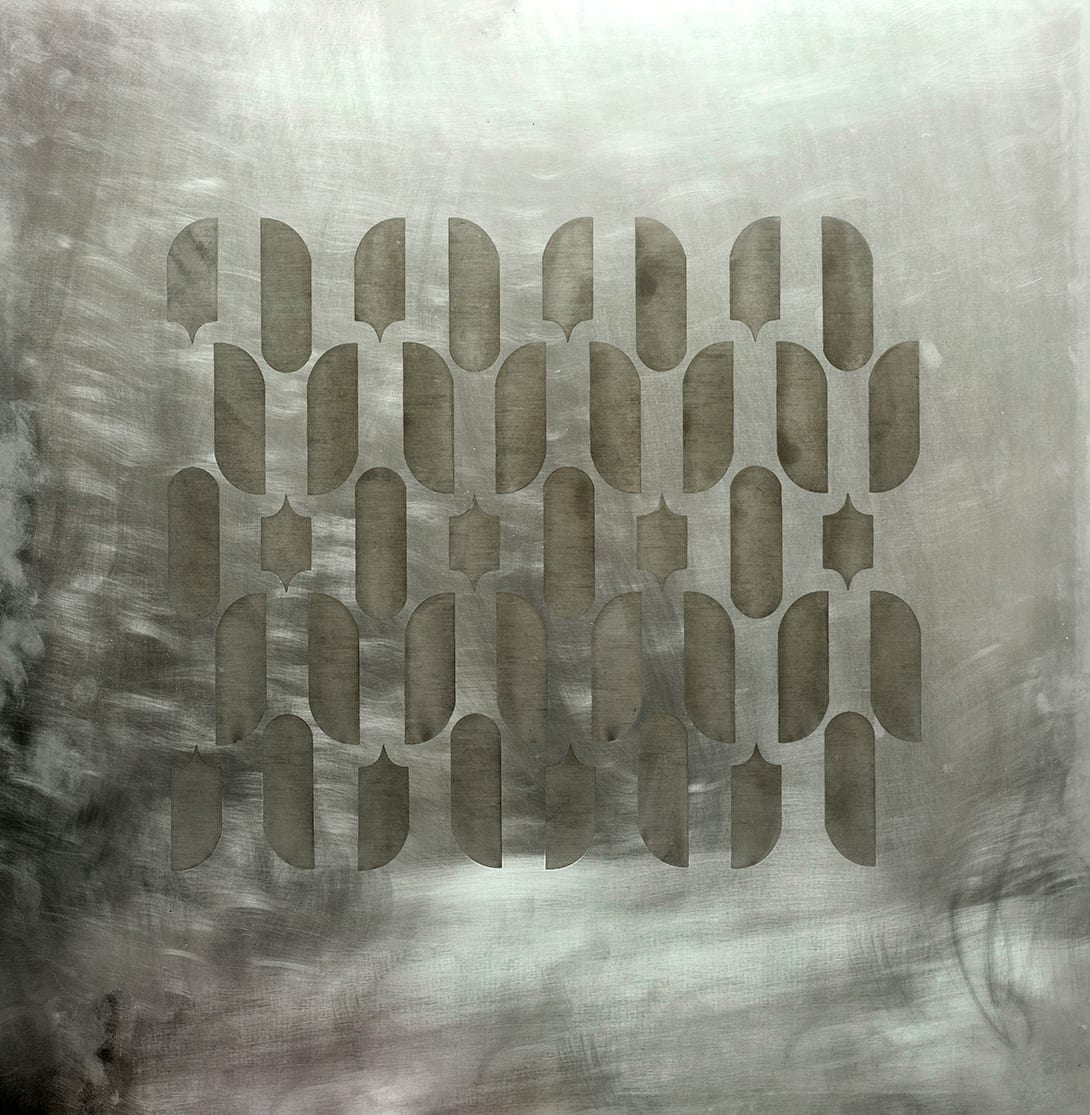 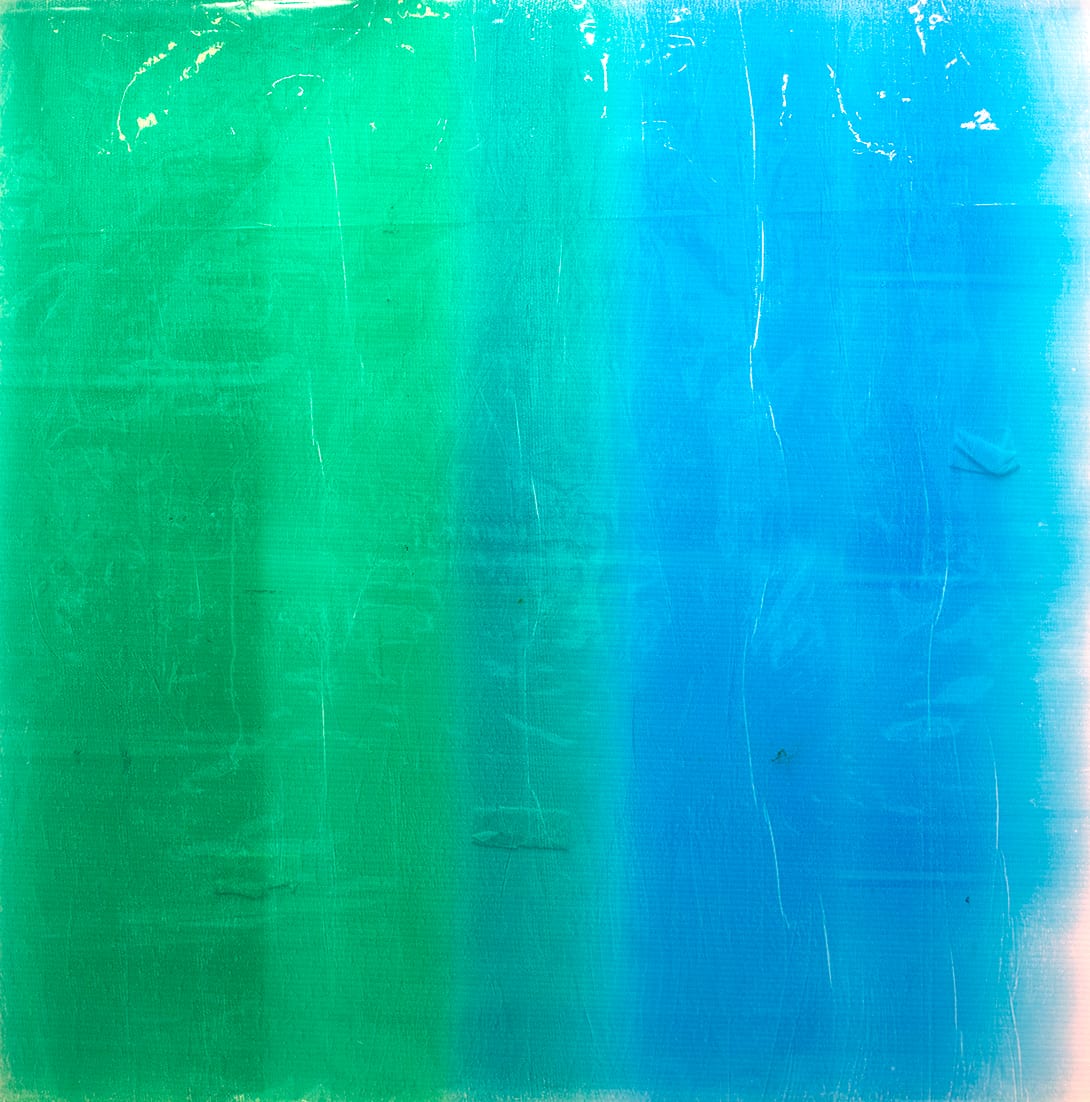