Helena Grimes, is an Irish artist and illustrator based in Limerick, originally from Longford. She graduated from Limerick School of Art and Design with a BA (Honours) in Fine Art specializing in Printmaking & Contemporary Practice in 2014.

The recent body of work by Helena Grimes explores cognitive metamorphosis through a series of intricate ink drawings, printmaking and installation. Her work addresses timeless themes of grief, anxiety, power and regeneration, which become infused with the artist’s inner most thoughts, mythology and fragments of her imagination.

Grimes’ work has been exhibited in various locations nationally as well as internationally in the UK, Netherlands, Egypt, Turkey and the USA. Her work has been purchased for several private collections in Ireland, the UK and the USA, as well as municipal art collections. In 2015, her work ‘Every Soul has a Dark Forest’ was commissioned by the University of Limerick for their collection. The accordion book went on to win an award at ABLE in February 2016. She was nominated for Screaming Pope Prize in June 2016. Her solo show “A Fine Line” was held in October 2017 with Limerick Printmakers in The Belltable in Limerick City. She is a member of Illustrators Ireland. 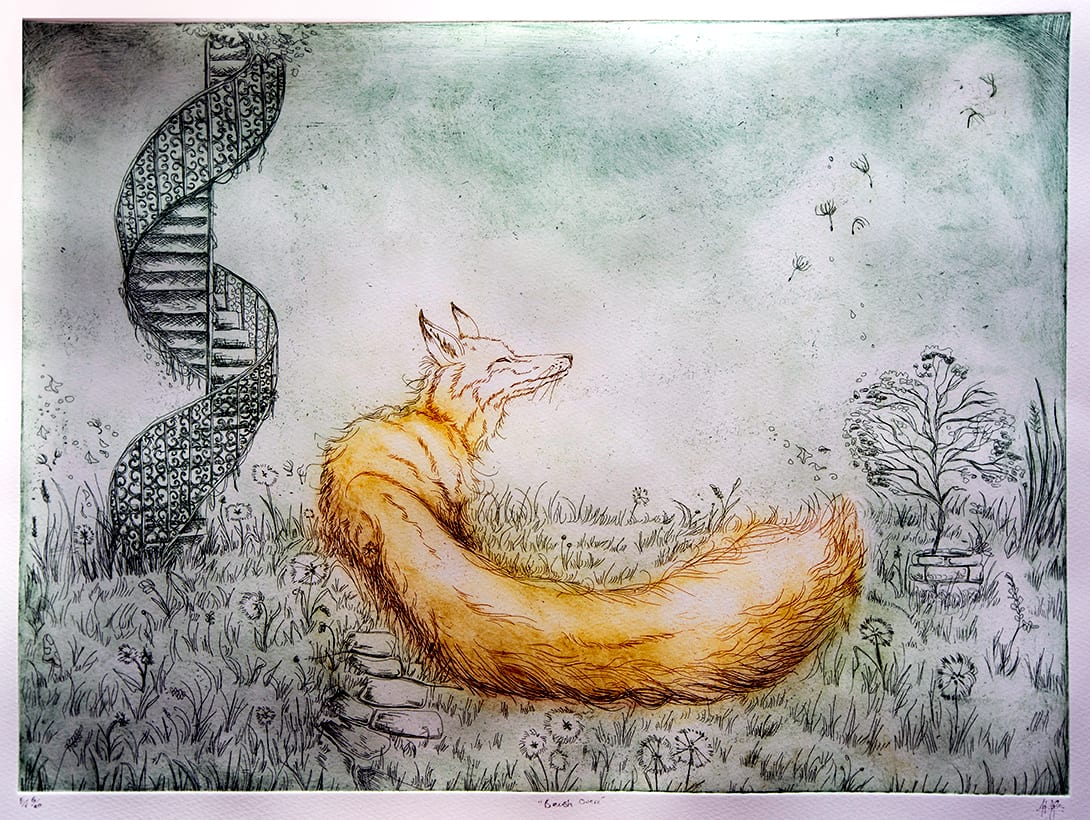 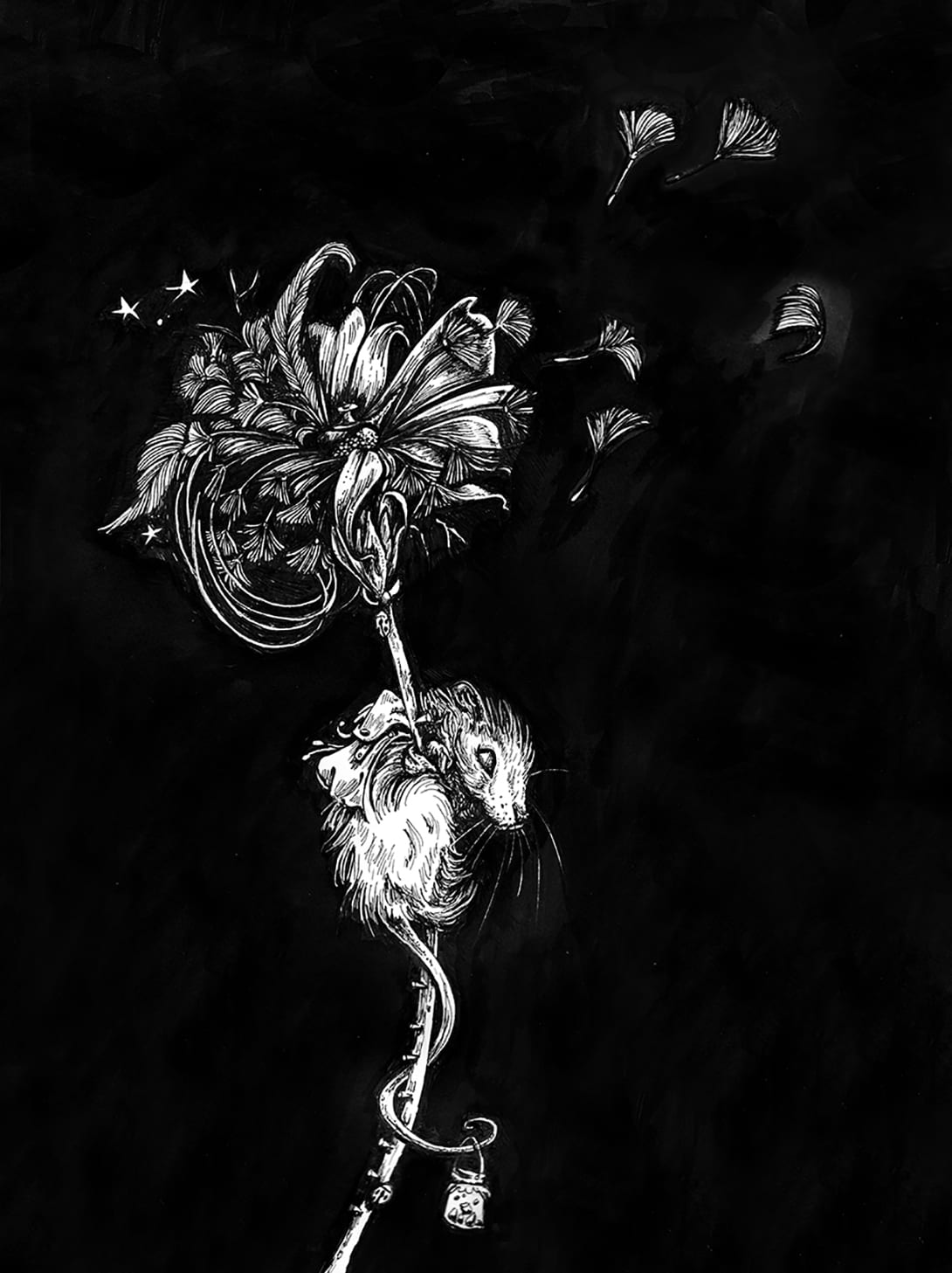 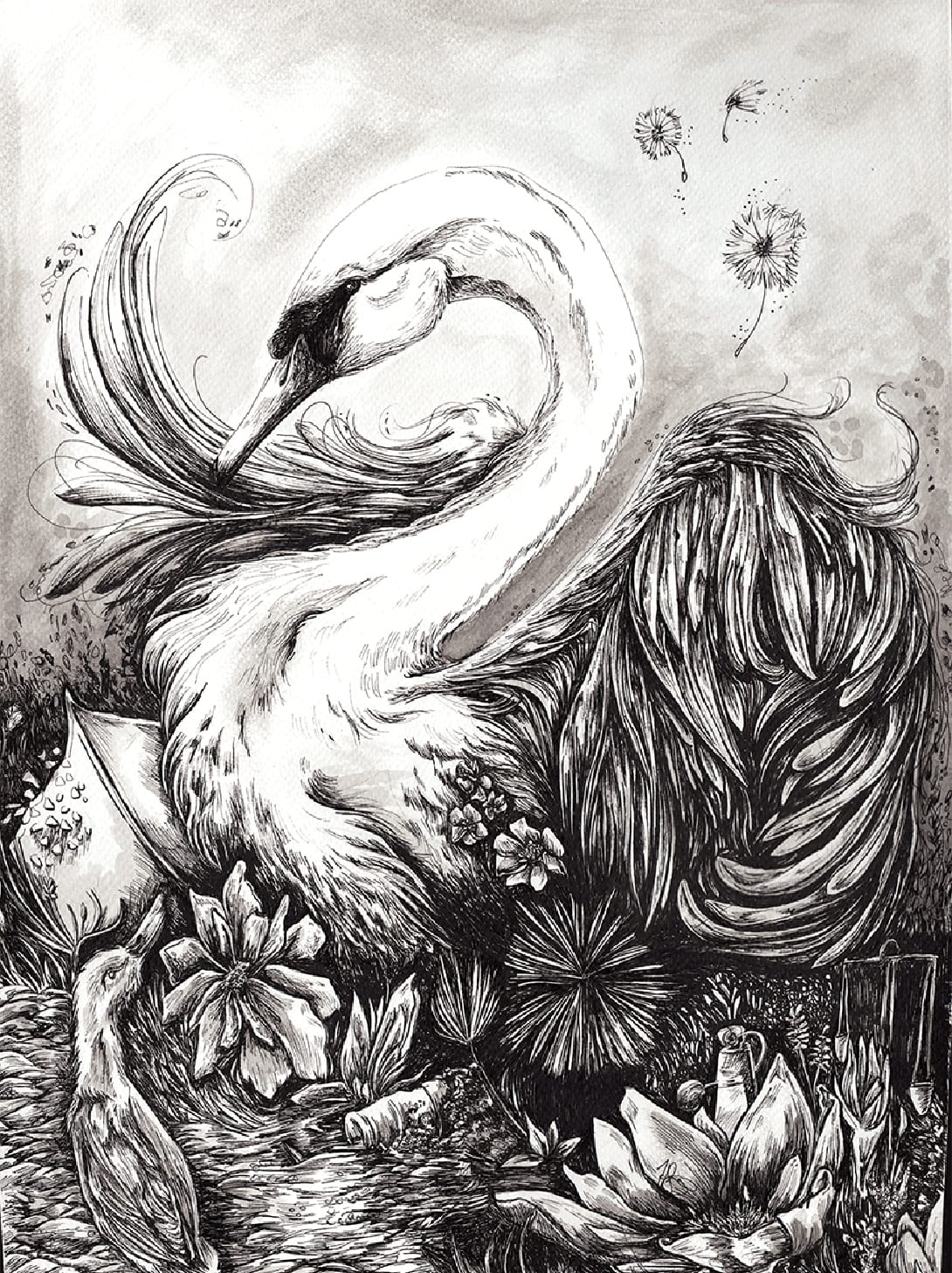 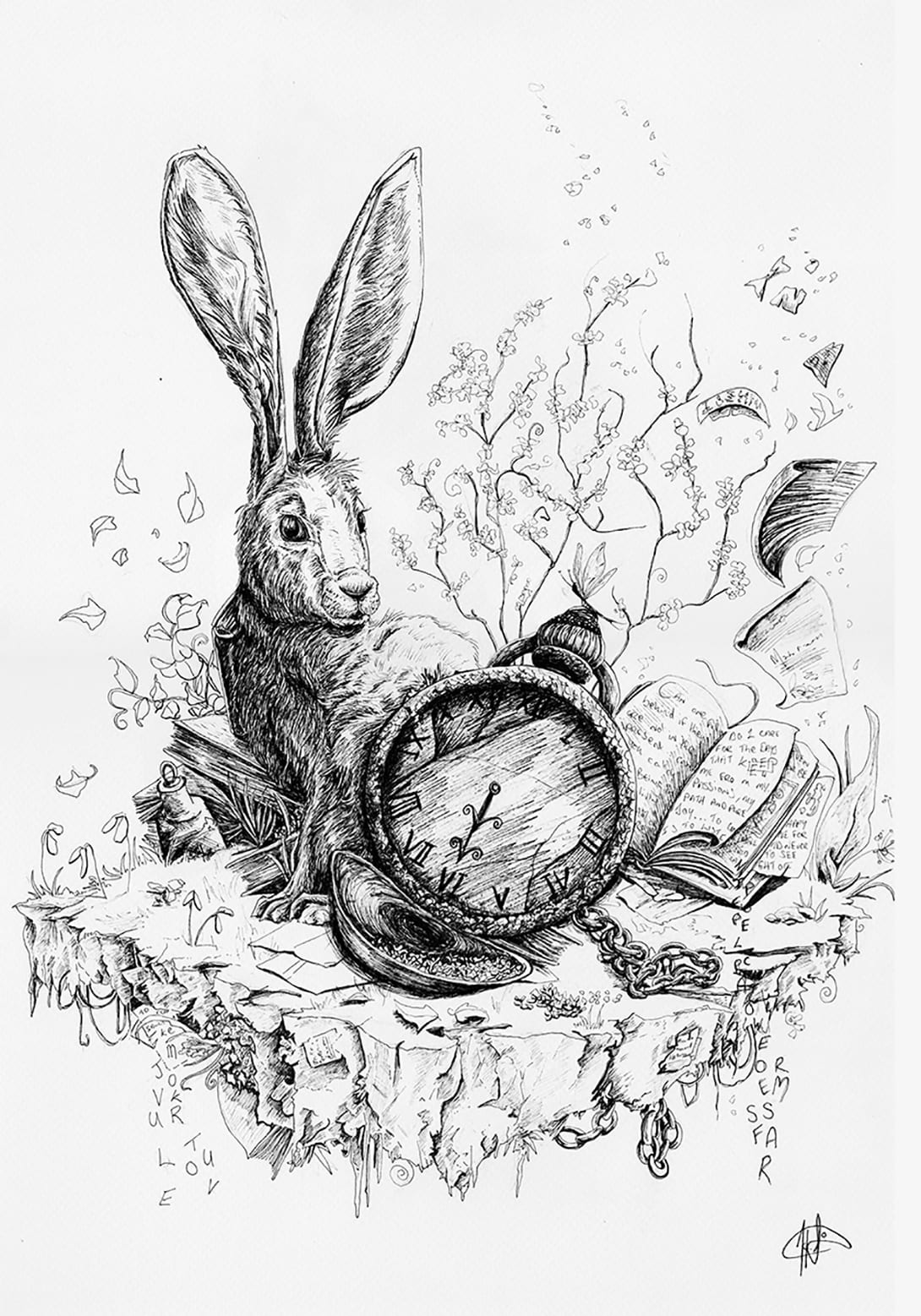