Gavin Hogg studied in Limerick School of Art and Design (Ireland) from 1983-87, going on to complete a Masters Degree in Birmingham (England) in 1988. He has exhibited widely and won numerous awards (EVA award winner ’93) and achieved wide critical appreciation for his work. Hogg’s work is included in many public and private collections. He currently works in Limerick as a full time practicing artist.

His most recent exhibitions include the ‘The Wounded Deer, Melbourne, Australia (2017), the curatorial project, Small Art Works II (S.A.W) (2016) in a pop-up space in Limerick, and a 10-year retrospective in Limerick City Gallery of Art in 2015. In 2014 he undertook the last of 3, one-month residencies in Point B, in New York and he also participated in Point B’s final group exhibition, ’18 x 8’, in 2015.He was recently invited to create a piece for the National Self-Portrait collection housed in the University of Limerick and his work is also included in the collections of the Arts Council of Ireland, University of Limerick, Office of Public Works and the New York City Public Library (print collection), RTE (Lmerick), Cork Opera House and the Dept of Sports & Tourism (Kerry).

Printmaking is an important part of his practice. His contribution to ‘The Wounded Deer’ exhibition, consisting of 6 collograph prints, inspired by the work of Frida Kahlo. Over the last number of years, along with paintings, drawings, and collage work, he has been making prints, as a means of developing the imagery he creates in the studio.

In 2012 he completed a course in Jungian Psychology with Art Therapy, which has deeply influenced the use of imagery in his work. The use of pattern and symbolism is fundamental. Hogg is fascinated by the interplay between conscious and unconscious forces in our individual psyches and the influence of the unconscious in the creation of a visual image. Hogg sees one function of art, as a means to make the effects of these invisible energies, visible. 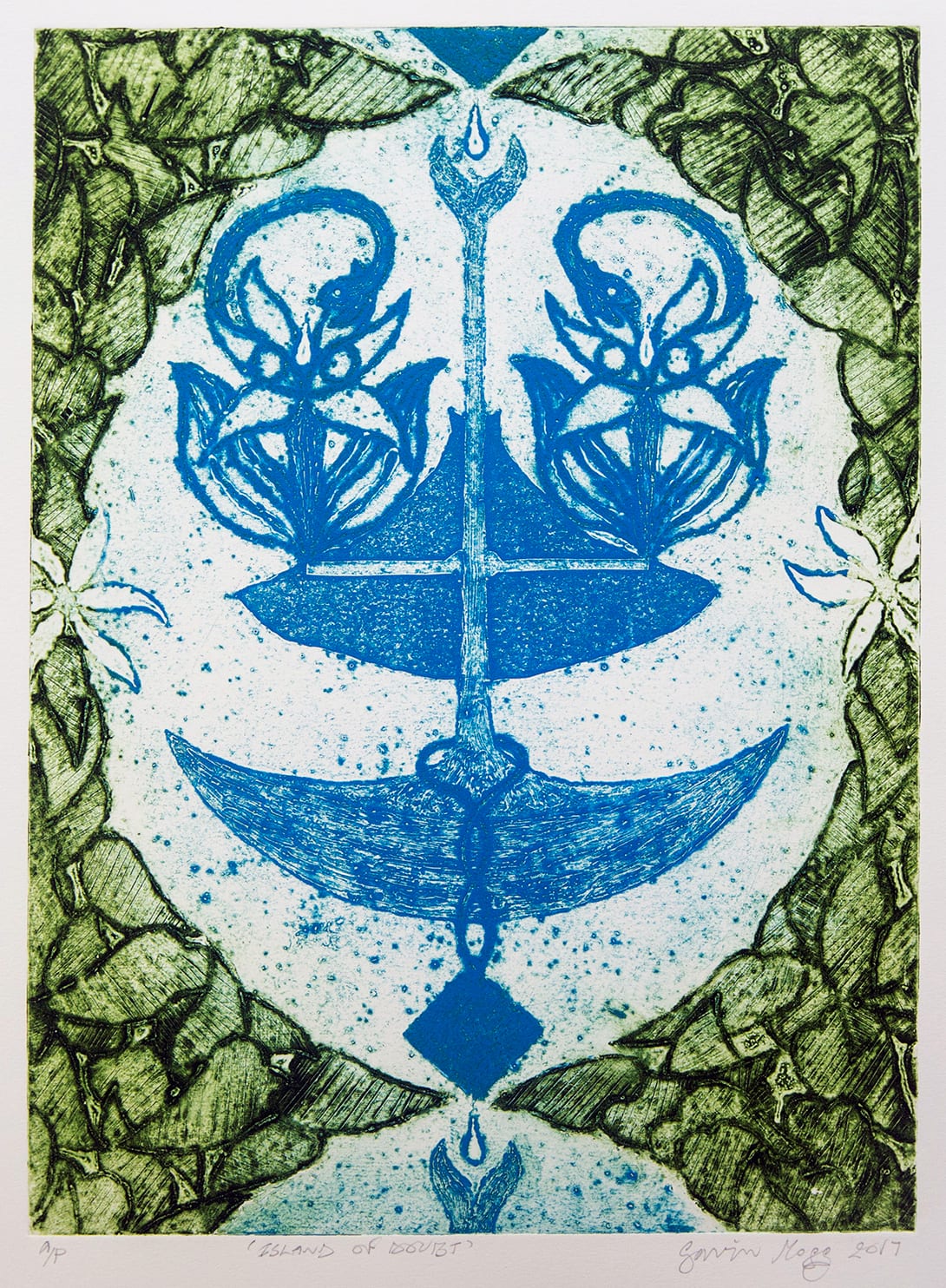 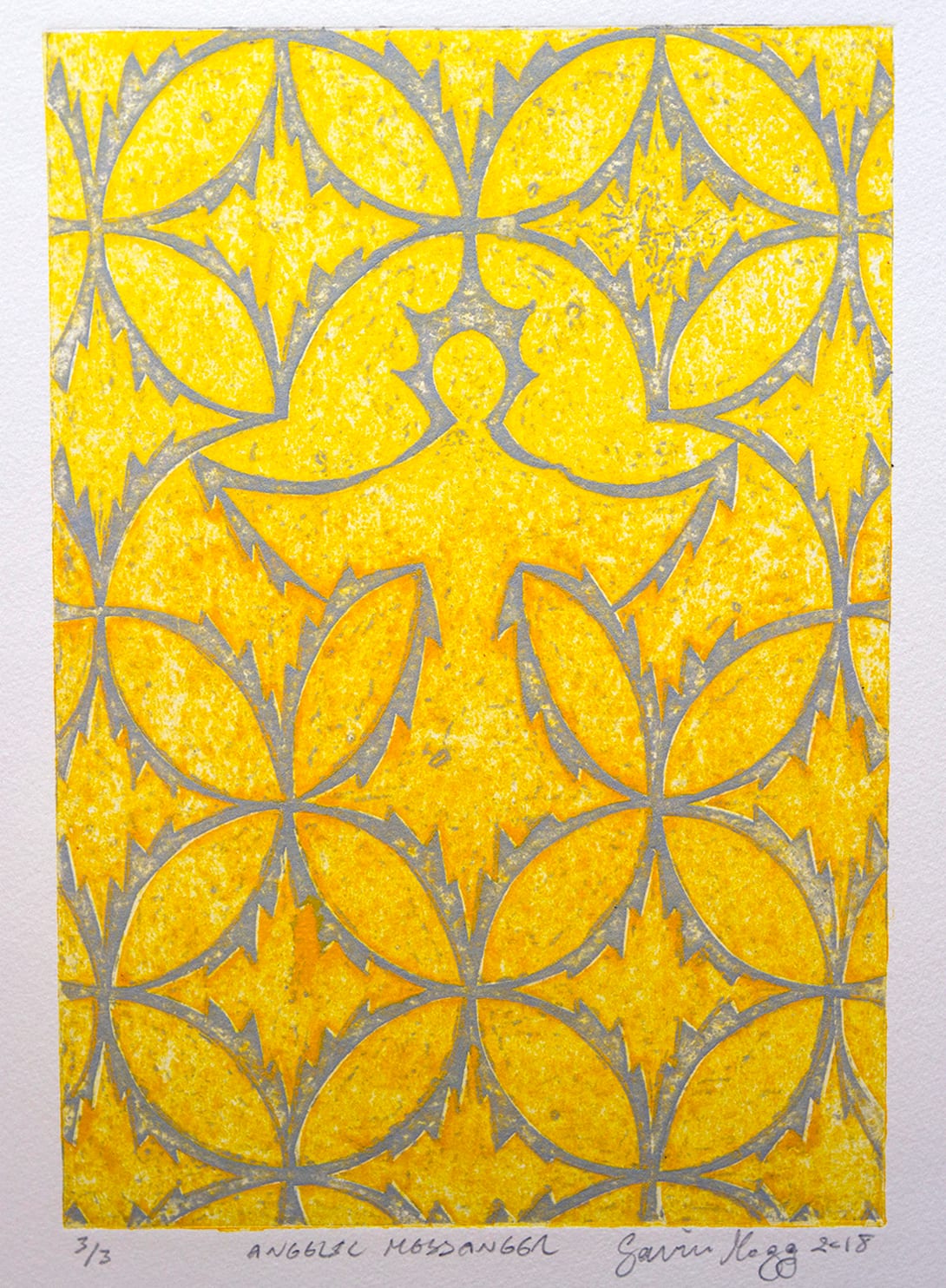 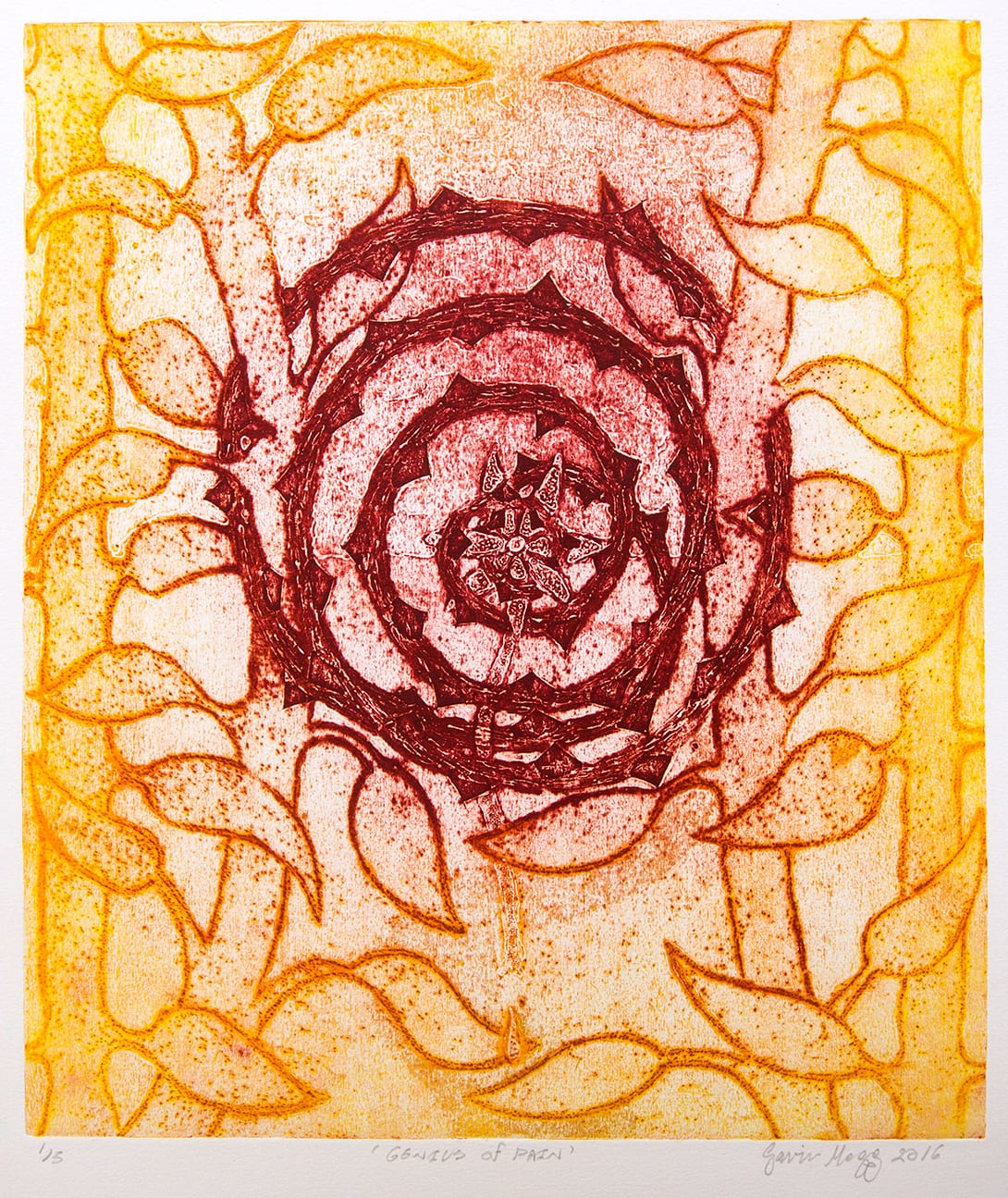 Printmaking is an important part of Gavin’s practice. 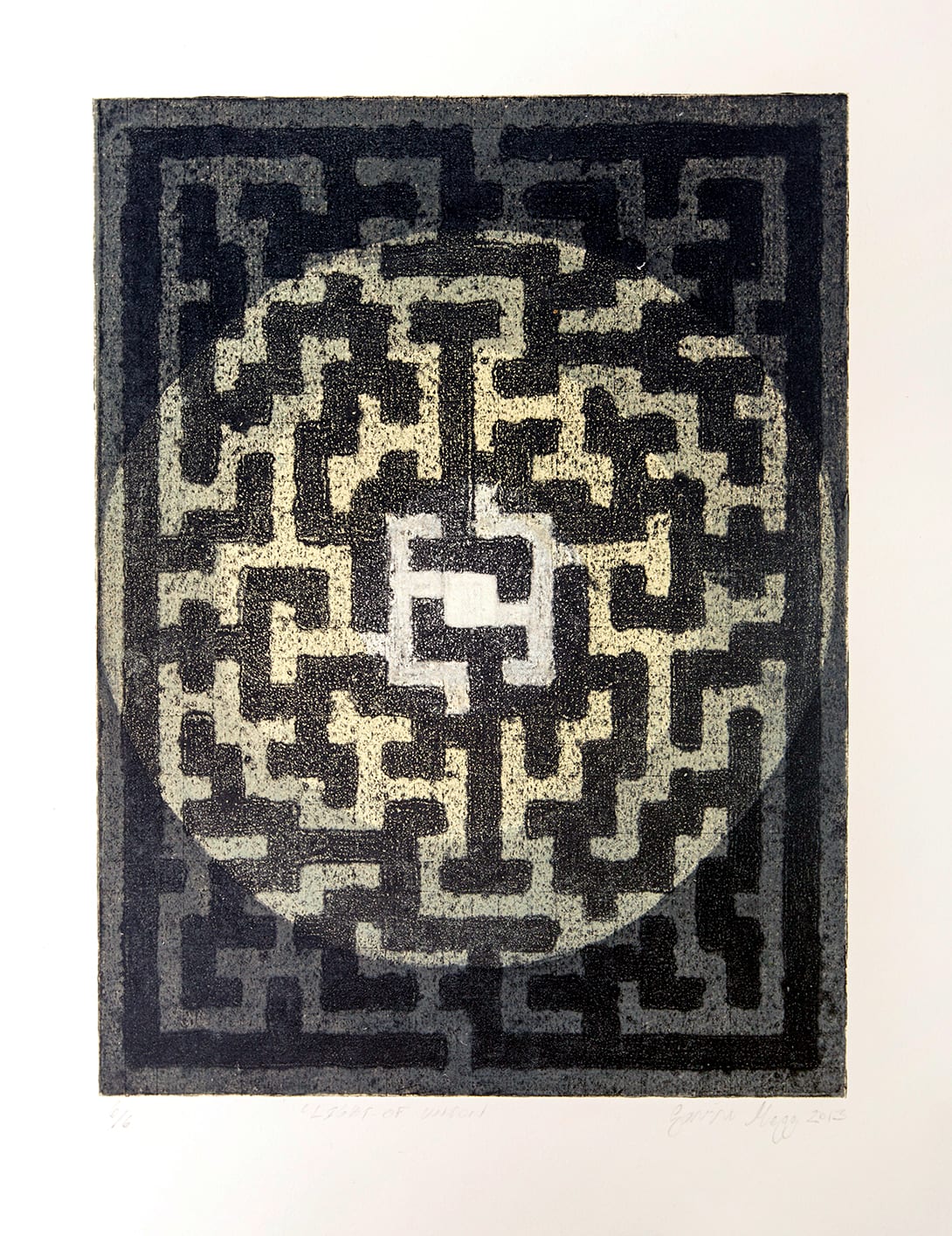