Limerick Printmakers are committed to organising, supporting and exhibiting with our studio members.
Collaborative print projects aim to explore the diverse possibilities of contemporary printmaking and present them to a range of audiences in an accessible manner while also striving to encourage and champion local, national and international collaboration, best practice, experimentation and innovation within the artform.

LP is dedicated to forging links with printmaking studios and institutions both nationally and internationally by working closely on joint projects that support the sharing of skills while raising the visibility of printmaking as an exciting and relevant medium.

2009 was the ten year anniversary of both RTÉ lyric fm and Limerick Printmakers Studio & Gallery, the two organisations came together to present an exciting limited edition boxed set of fine art prints to celebrate and commemorate these two Limerick based groups.

A suite of ten fine art prints made by Limerick Printmakers Studio & Gallery Members, all measuring 42cm², were based on music selected by 10 presenters from RTÉ lyric fm, and came presented in a custom made archival solander box, each print cushioned by individual acid free tissue. Each Limerick Printmakers Studio & Gallery artist received a Lyric FM presenter’s choice of music and made their work in response to the this. Mike Byrne, Suzannah O’Reilly, Des Mac Mahon, Gavin Hogg, Fiona Quill, David Lilburn, Cóilín Murray, Pamela Dunne, Charles Harper and Clare Gilmour were the featured artists.

‘Hello there, it’s been a long time’ Exchange, 2012
Limerick Printmakers studio members participated in an exchange exhibition of prints with the artists of the Pennsylvania Academy of the Fine Arts, Philidelphia, USA.The work on show consists of 16 prints, all 36cm x 28cm, from both Irish and American Irish artists.

“Hello there its been a long time” refers to reconnecting with some/one/place/thing, expressing personal identity of heritage and friendship. Artists were asked to make work reflecting this theme and the responses varied greatly from artist to artist.

Beyond Ten Years, 2012
2012 was a very productive year for the studio, with Limerick Printmakers studio members also participating in an exchange exhibition of prints with the artists of the The Ink Shop Printmaking Centre, Ithaca, NY. Both studios turned ten years old in 2009 and united to created a body for work to mark this occasion.

The Berlin Exchange, 2012 – 2013
This project was the inspiration of Dietrich Blodau. Dietrich established and was head of the Printmaking Department for many years in the Limerick School of Art and Design, Limerick Institute of Technology. He is a hugely influential figure in the printmaking community in Limerick and throughout the years Dietrich has also worked in the Druckwerkstadt Print Workshop, Berlin.

A selection of work from Druckwerkstadt Print Workshop, Berlin was susequently exhibited in Limerick in 2013. 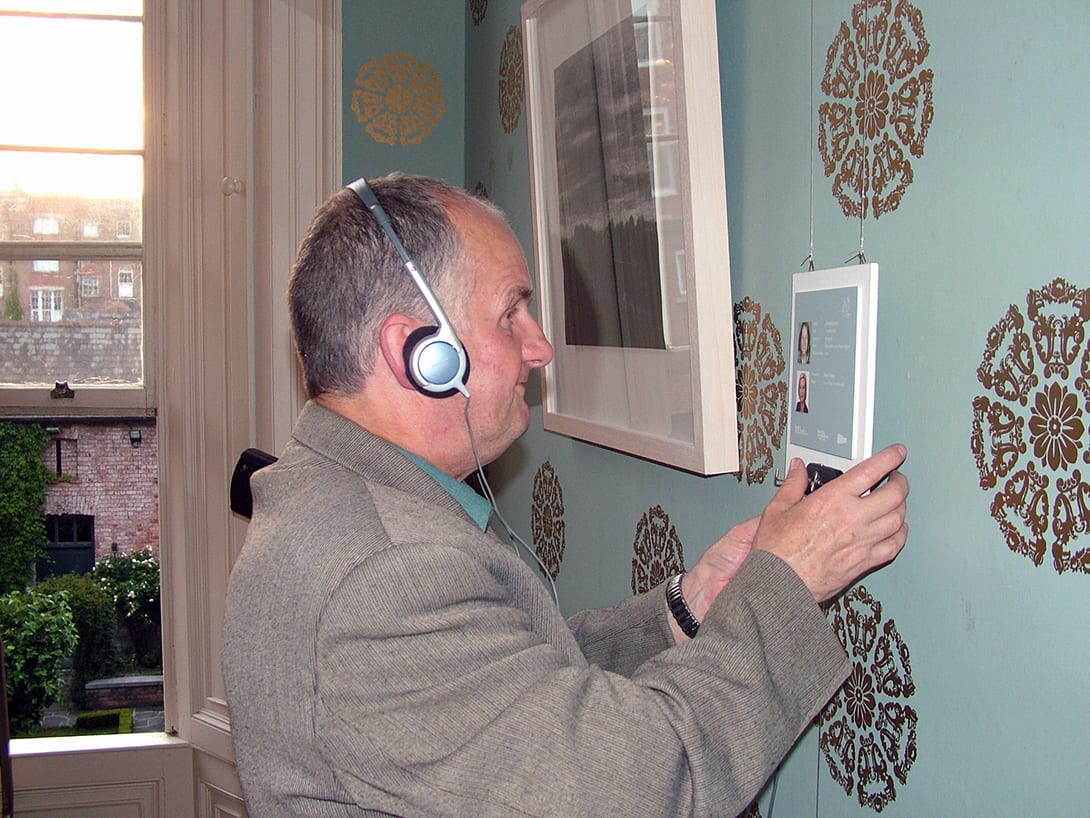 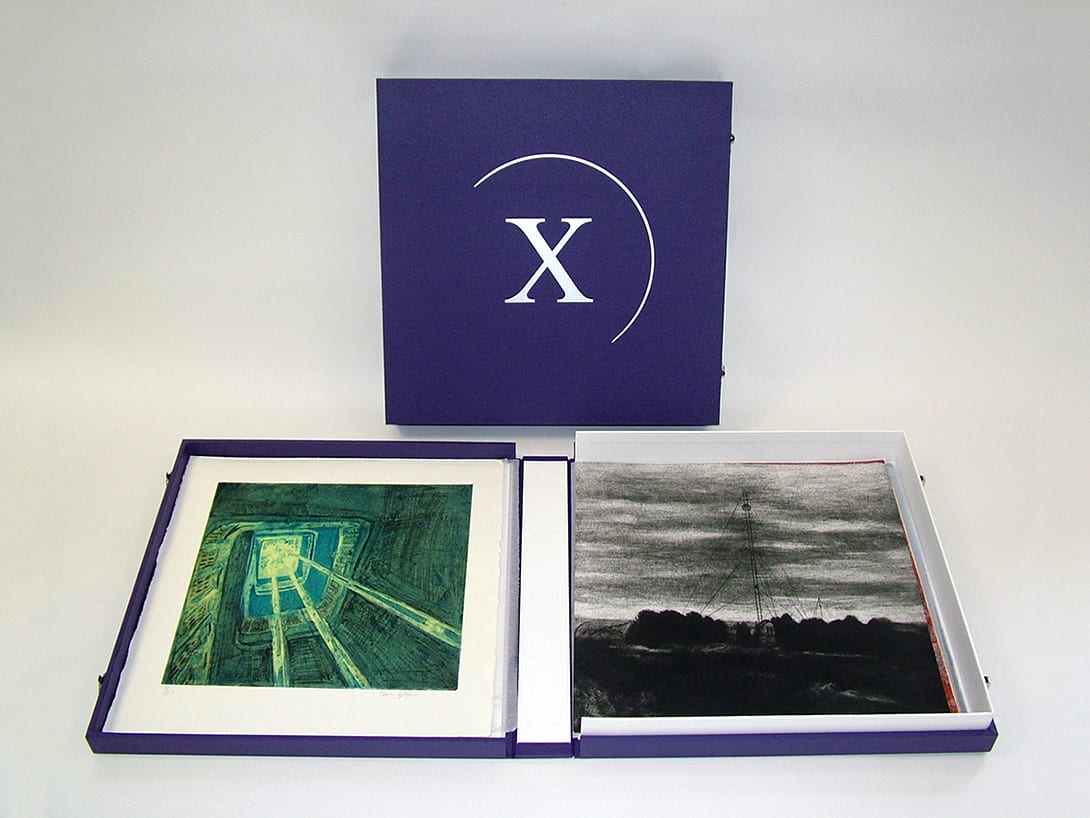 Plan A Plan B, 2013 – 2014
The Plan A & Plan B box set project was a collaborative body of work created by LP studio members and supporters of Limerick Printmakers as part of their National City of Culture funding programme in 2014. Suzannah O’ Reilly; artist, LP board member; and coordinator of the project invited twenty artists to create both an individual print (Plan A) alongside a collaborative work made in conjunction with another designated member of the group (Plan B).

In 2015 the project was exhibited to great acclaim in both Limerick City Gallery of Art and as part of the Junction Festival in Clonmel before featuring in Impact 9 in China in September that year. IMPACT is one of the foremost international showcases of contemporary printmaking in existence. The Plan A & Plan B project was also been recognised by The Office of Public Works (OPW) who have acquired a complete edition of the project for inclusion in The State Art Collection.

This collaborative project was devised by Matthew Forrest, Assistant Professor of Art at Georgia College (USA) and Jess Tobin of Limerick Printmakers following discussions about the commonalities shared by Limerick city and Milledgeville, where Georgia College & State University is located.
The Limerick based participants, made up of LP studio members and printmaking students from the Limerick School of Art & Design were randomly assigned a counterpart from Georgia.

Stemming from the resultant communications, each student from Georgia College created a print that would act either as a companion piece to their Irish partners response (and vice versa) or that could be worked directly over by their Limerick partner in order to create an entirely new collaborative work shared by both printmakers. Twenty seven artists took part with exhibitions of the entire body of work taking place in both Georgia and Limerick. 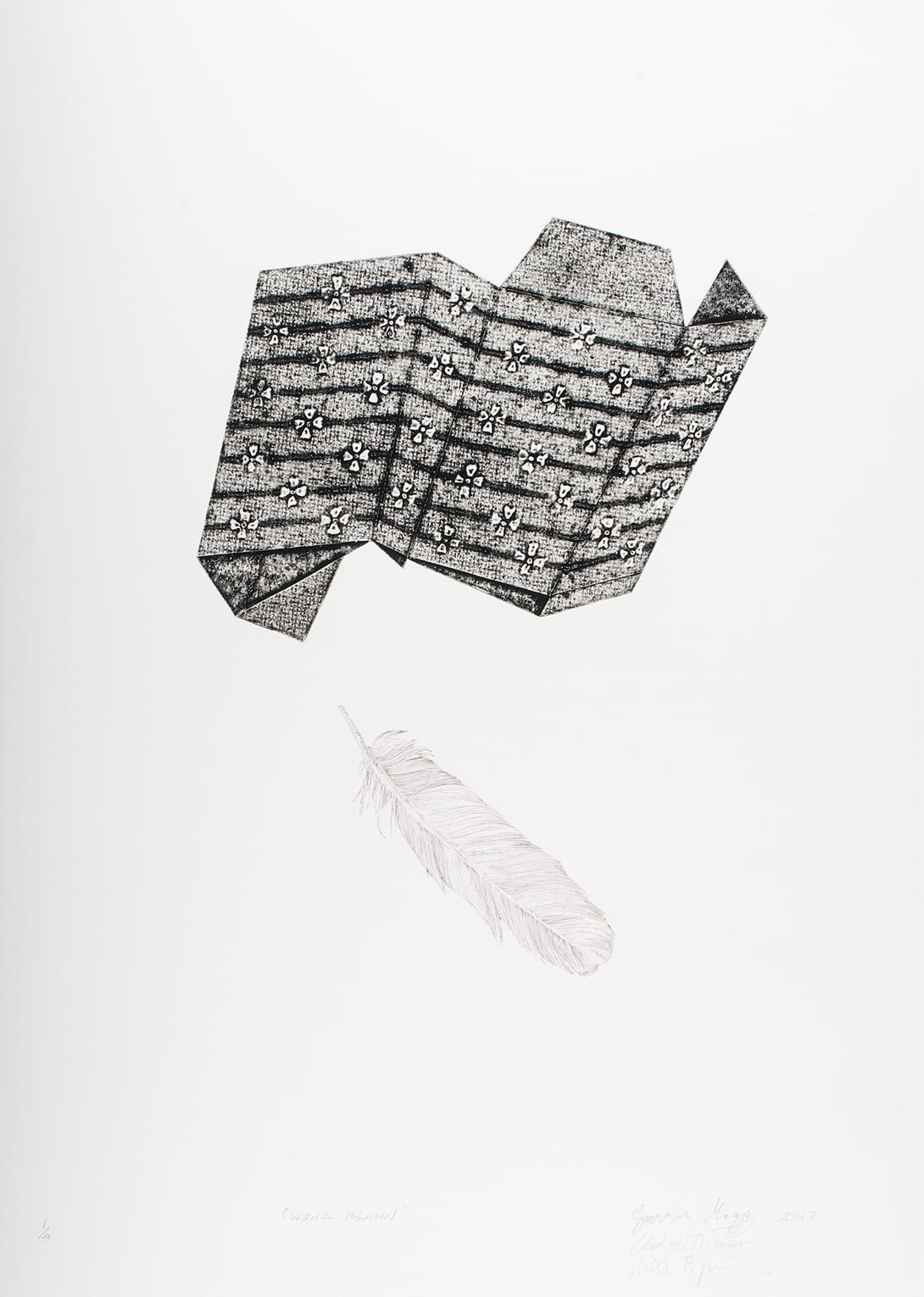 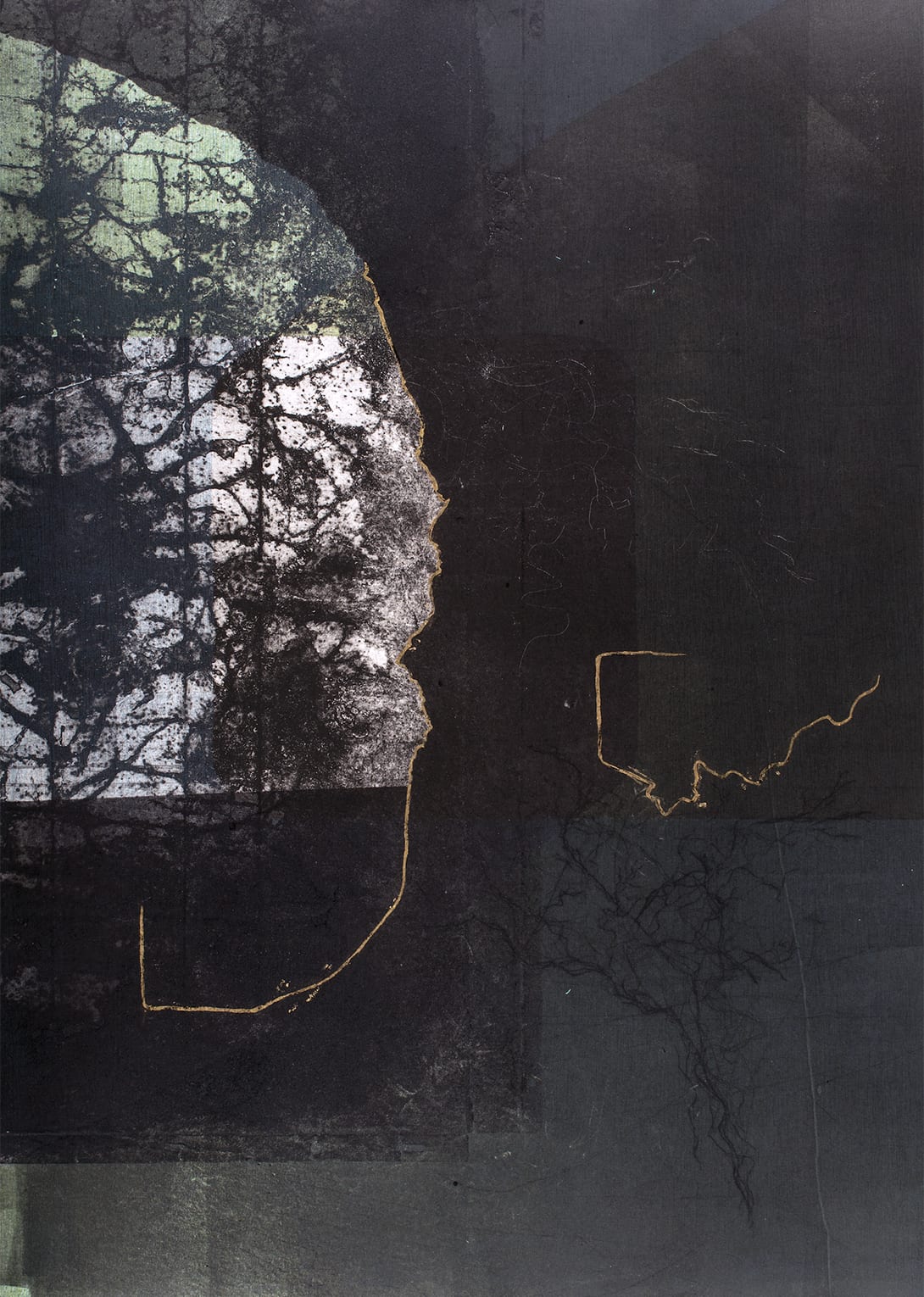 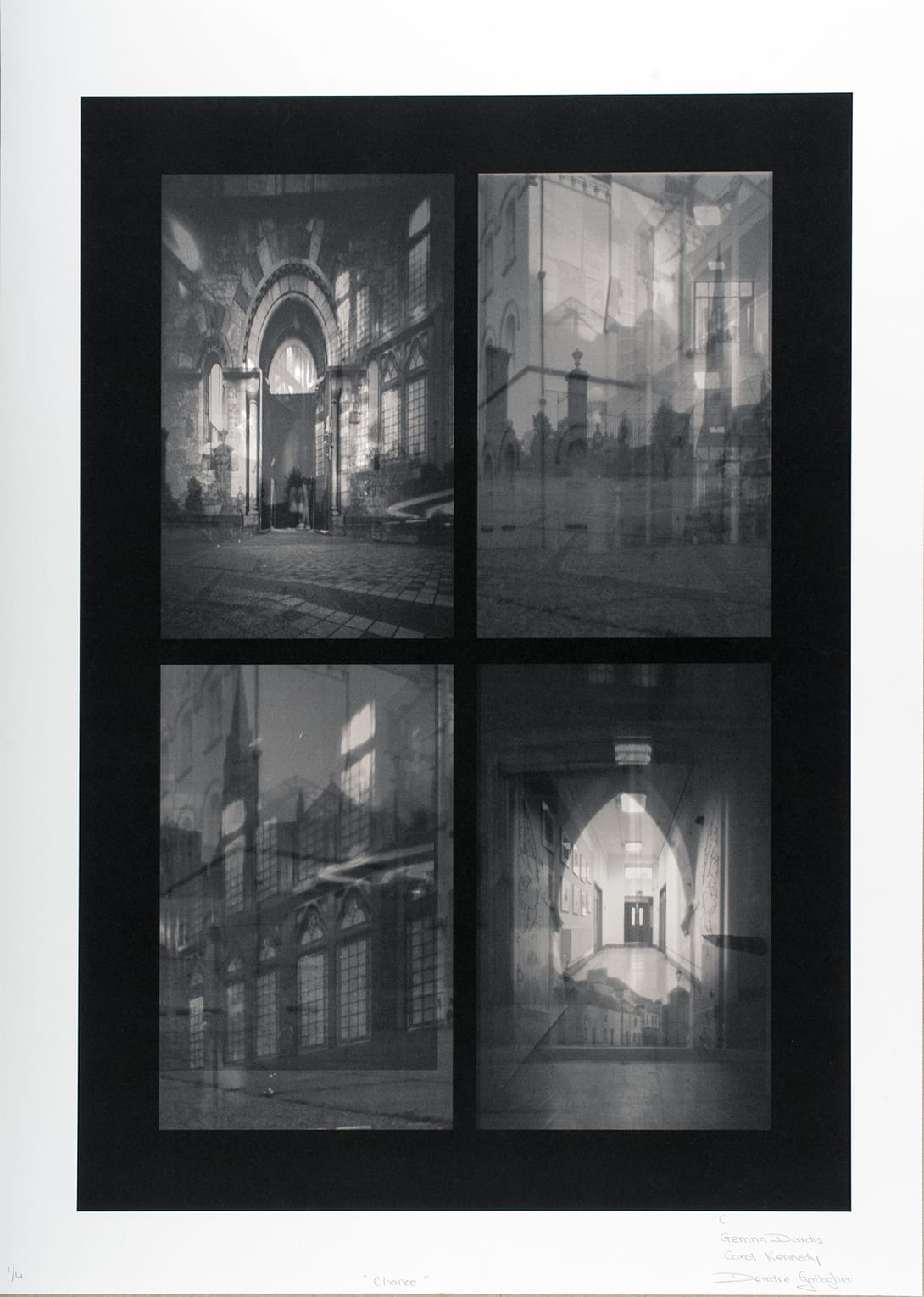 As part of a 3 million euro Creative Europe project, Wom@rts (Women Equal Share Presence in the Arts and Creative Industries) Limerick School of Art and Design, LIT were delighted to welcome international printmakers from France, Spain, Slovenia and Lithuania to work side by side with Irish artists during an October residency in the Limerick Printmakers.

During the residency, ten female artists worked on making a print in response to French writer Simone de Beavoir’s classic feminist book, The Second Sex. LIT academics Dr. Tracy Fahey and Fiona Quill worked on the project. Fiona Quill, chair of Limerick Printmakers and leader for LSAD’s Print Contemporary Practice programme said ‘This international printmaking residency in Limerick will create further visibility of the exciting potential of printmaking in the city and beyond.’ The residency also coincides with a steering meeting of the Creative Europe international project leaders which will take place in LSAD. Between the residency and the project meeting, over thirty European visitors will come to the city in October, contributing to the cultural life of Limerick, and availing of its amenities.

Since late 2017 Limerick School of Art and Design at LIT have worked as partners in the Wom@rts project. Wom@rts aims to restore parity of representation to women working in the visual arts, performance arts, and literature and will operate from 2017-2021 across Ireland, the UK, France, Spain, Slovenia, Croatia, Finland and Lithuania. This project underpins one of LSAD’s key strategic aims over the next five-year cycle, which is to embed an enterprise culture among students of art and design.

Wom@rts is one of only fifteen large-scale projects to be funded in 2017 by the Education Audiovisual and Culture Executive Agency of Creative Europe. This residency aims to support the creativity of female artists not only in terms of artistic development but also in terms of creating international links between 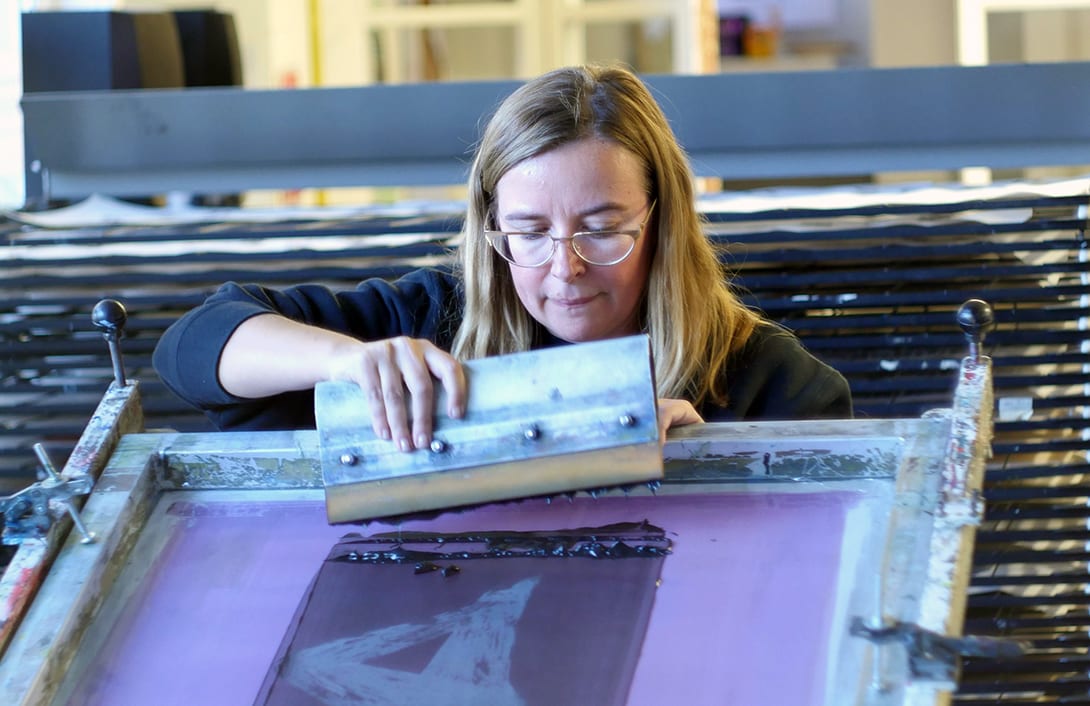 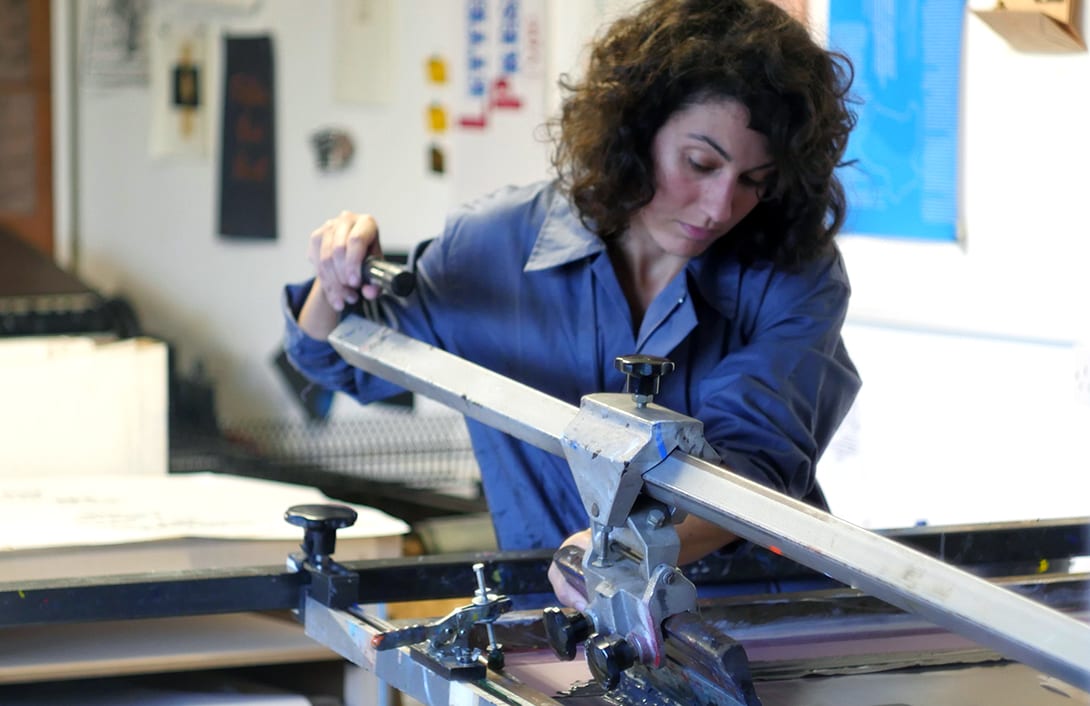